Games will be run at Gamestorm 19, in Portland Or. Date and time TBD.

In November of 1860, Men of the American Gun Club, fresh off their mechanic victories of obtuse dimensional canons deployed on the Russian front, resolve to build the “Columbiad” a canon capable of shooting a projectile to the Earth’s moon. The purpose of this invention is to examine the Moon and the exact device that keeps it encircling the Earth. The 274 meter long canon propels the 20,000 pound projectile with three passengers aboard into the Earth’s atmosphere and towards the Moon.
Unfortunately the projectile missed the Moon, looped back around and crashed into the Pacific Ocean off of Spanish San Francisco. Most members of the club were simply happy that the experiment succeeded and the passengers were alive and well.
But one, Jules Verne, could not stand to let the mystery lie. After 13 months of Scientific experimentations, he proclaimed his discovery of the Ether in the New York Journal of Astronomy. Fellow Astronomers almost immediately confirmed it’s existence, and six months later the British Navy had commissioned a Board of Inquiry into development of a means of travel in the Ether.
Within a few years, all the major European powers have a presence on Mars, the closest planet with a breathable atmosphere.

The material called the Ether surrounds the Planets. It’s thickest near planets, moons and the brass gears and workings. The Ether has a slight electrical charge to it and is breathable, although characters will become fatigued if they do not get fresh oxygen within six hours.

There are also pockets of “Collapsed Ether” which are highly flammable, and devoid of any air.

Since the European nations were never able to expand to the east by sea, there was a lot more political infighting and wars across Eurasia. Russia struggles to maintain it’s hold on lands with enemies on all sides.

Britain, Spain and France fought over the Americas, with Britain coming out as the clear winner in the 1770’s. Spain still maintains holdings in Mexico, Texas and the South Western States while Britain holds the east and Canada. The line between the two nation’s colonies lies somewhere in the plains area and will most likely continue to be a point of contention in the future. France has long lost or sold all its colonies in the Americas to fund it’s continued wars against the Ottoman Empire.

In the Pacific, China, India and Japan have fought hard over every resource available. All three nations mount vast armies, luckily they are too fragmented to join together and push west. The Pacific nations do not have steam technology yet.

Hermetic Magic exists, but hundreds of years of prosecution by Christianity has driven it under ground and even eliminated entire schools. Clubs and Societies exist to explore and teach Hermetic Magic under the guise of “Science.” The Free Masons, Knights Templar, Lunatic Science and Drinking Club, and many others are examples of such. The downside is that many of these clubs are more theoretical then practical and can have a heavy dose of pseudo-magic mixed with pseudo-science.

Shamanistic Magic exists via the untainted traditions of native peoples recently “discovered” by Western “Civilization” such as the Natives of the still mostly unexplored Americas. When found Church practices attempts to outlaw and wipe it out. Like Hermetic magic, it can often survive underground, or be corrupted and integrated into Divine Magic.

Divine Magic is granted by each of the Gods to members of its religion. The Church sanctions divine magic. Only religious figures may wield it, and only with enough devotion and study. Those who are not affiliated with the Church but are able to wield Divine magic are deemed heretics and burned or tortured.

Steam power has been used on an industrial level across Europe and the western Parts of Russia for many years. Steam Power is present in the larger American Cities although it still lags behind Europe and especially Britain. It’s been used as propulsion in ships for about ten, and only in the last five years has it been applied to air ships and Zeppelins.

Steam Power is becoming a force in it’s own right as it’s applied almost daily in ways never imagined before, and advanced metallurgy techniques enable it to become smaller and more efficient.

Air ships are simply regular wooden ships that have had their masts and sails replaced with hydrogen air balloons. These are propelled through the air via steam powered propeller blades in the rear. The engines are still powered by coal, but the extra room saved from not needing ballast provides ample storage for the coal. Once Airborne into the ether, sails are deployed from the main balloon and ship. Using the currents in the Ether, and the propellers, the ship can move extremely fast from one place to another.

Once in the Ether Air Ships release pure dephlogisticated air from compressed tubes stored below desks. Due to the nature of the Ether, the air stays with the ship, as do items thrown overboard.

Pockets of “bad” or Collapsed Ether exist. Their presence so far is unexplained, although several theories abound. Their size is variable and so far the few that have been found are well marked on Astronomy maps. Entering one has various effects. These include; a lack of breathable air, to technology stopping (and in some cases, extremely damaging) affects, to wild magical affects.

The Earth’s moon remains uninhabited, except for a few hardy miners. The moon’s atmosphere is not enough to hold in sufficient air so those who work and live there need to wear repurposed diving equipment to be outside of long. Otherwise they live inside small heavily tarred and pitched wooden buildings.

Britain does maintain a small Fort here, Fort Wales. It’s built bigger then needed as it was originally designed to maintain a full company of men. Forty soldiers mostly on light duty now hold it. Being assigned here is seen as a punishment.

Britain, France, Spain, Prussia and Russia all have forts on Mars. Garrisoned by 100-200 soldiers, except for the British Fort, which has about 500 troops.

No nation has yet to visit any of the other planets, although plans are of course under weigh do do so.

Mars is habitable near the poles to the 45th latitude. Daily temperatures hover between 110 degrees in the Martian winter to 145 during the summer months. Between the 45th and the Equator, the daily temperatures reach 180 degrees or hotter. Most inhabitants follow the Spanish custom of a mid-day siesta during the hottest part.

The air is thin and makes breathing rather hard. Care is taken to make sure buildings are airtight. Compressed air is released daily into buildings and doors are sealed with a double door airlock arrangement. Streets between buildings are shaded with canopies. Some of the larger streets are additionally cooled with steam powered fans placed up wind.

The British Fort, named Fort George is also by far the largest physically. A town of about 1000 civilians sits at it’s foot. The original fort has been upgraded from a moat and wall 5-point star configuration to a more stout and traditional stone affair with large walls and cannons that protect the fort and town.

In the town of Fort George are offices and a warehouse of the Martian Fur Service, a British Factor, three Sutter stores (general goods,) and a small theater. About 25% of the residents of the town are engaged in farming. 50% are engaged in the burgeoning Fur Trade (a small mink like animal that practically walks up to humans still,) and the rest are storekeepers and various other businesses that are meant to separate soldiers and settlers from their hard earned money.

Martians are misnamed as Selenites. The first explorers expected to find life on the Earth’s Moon. Disappointed they applied the Lunar Citizen’s name to the Martian natives.

The Selenites are a race of short lizard people. They are tool-using, omnivores that live in small tribes of 10-30 individuals. Their tools consist of spears, obsidian knives, and digging tools. Little else is known about them other then they have a primitive language that some can communicate in.

The predominant predator is an animal that looks to be a cross between a crocodile and the Americas Porcupine. 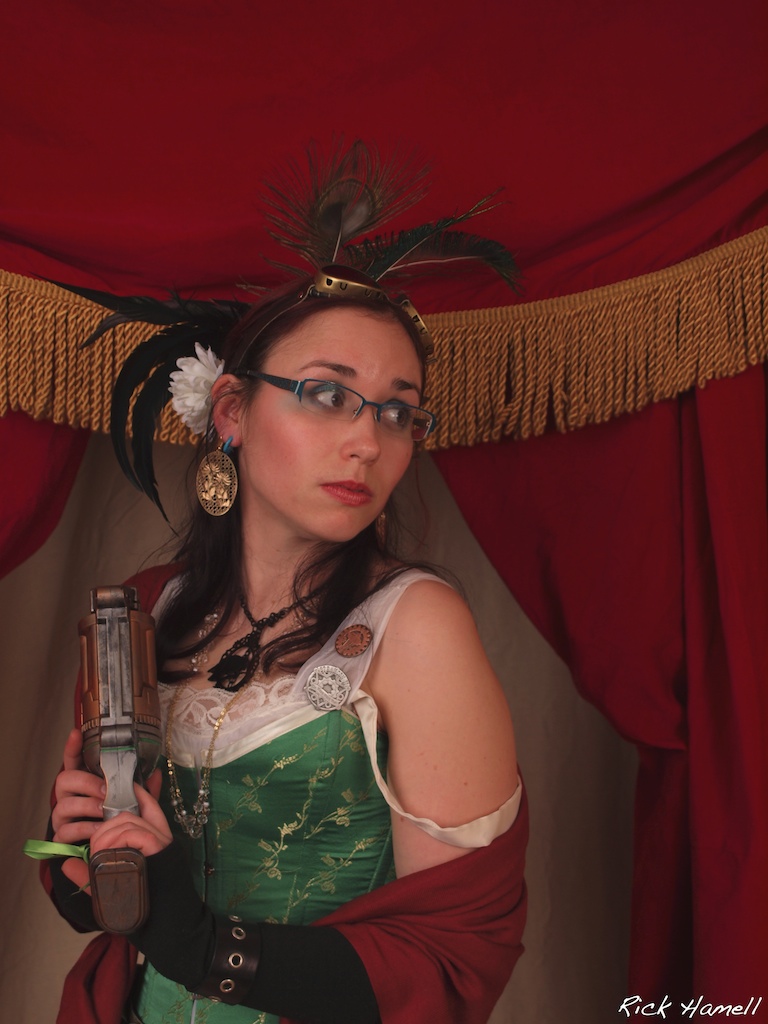 Steampunk, the marriage of steam technology and the Victorian era. Not only a popular fiction genre, but also a lifestyle for many people. One of the tangible celebrations of this lifestyle is that of the ever popular convention. 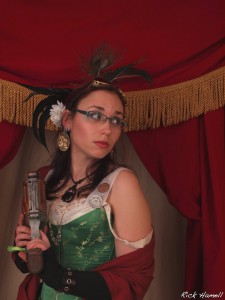 Below is a list of Steampunk conventions and events around the world that I know of. It is not complete, and may likely be out of date. If you know of any upcoming conventions coming up, or any date changes, please comment below.

Anime Midwest (not a dedicated Steampunk Convention, but has a sizable Steampunk track) – Rosemont, Illinois (outside Chicago) – July 3-5, 2015