So you just purchased a home! Congratulations! Now all you need to do is move in, unbox your stuff and you’re good to go, right? Wrong!

After buying a home there are a number of things you should do to make it habitable for yourself. Doing these steps will make your home buying and move in experience go much smoother. You’ll also be aware of any defects (that you can claim on your home warranty if you purchased one,) before they become big expensive problems. 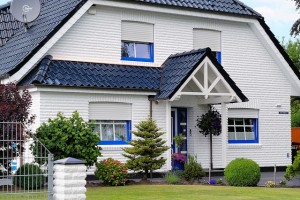 – Rekey or replace all locks. You don’t know who might have keys to your new house. Lock and door knob sets are about $100-$200 per door for decent quality ones.

– Mow (or hire a one time lawn service.) Frequently a house sits vacant for several weeks before your move in. Having a landscaper come out can cost as little as $50, but can make a world of difference.

– Clean and Check gutters. Usually a home inspection will catch any problems but you want to check downspouts for leaks and where they drain. Leaky gutters are one of the biggest causes of basement and crawlspace leaks. A simple fix here can save you headache and money later. A lot of leaks are caused by gutters not being cleaned out properly!

– Find the water main shut off. In a lot of newer homes this is easily accessible through the crawl space. Older homes may not have them at all. If you don’t have one, a couple of hundred dollars for a plumber to install one could be a lifesaver down the road.

– Find the gas shut off. This typically requires a wrench. The valve is usually easy to find as the follow image shows. I personally like to have a standard crescent wrench stashed in a kitchen drawer with a painted red handle for this reason, but there are specialized tools that work too.

– Paint the interior! Do this before you move in and have stuff in the way. If you do this yourself it’ll just be the cost of supplies which is about $300 for supplies and paint in an average sized 1500 square foot house. If you have someone paint it for you, prices can vary widely depending on the skill of the contractor. Use this calculator to get a ball park figure when approaching professional painters.

– Replace light switches and faceplates. Light switches are only a couple of bucks each, even less if you buy a ten pack. Faceplates are frequently less then a dollar. Make sure to check for lights that are turned off by one or more switches. You’ll need to get a three way switch which are more expensive for each of these. Lastly, fire code in most areas mandate putting CFI outlets near sources of water like sinks. If they get wet they’ll trip and shut off power instead of potentially starting a fire.

– Test and label each switch in the electrical panel. You’ll need to switch power off to replace the light switches anyways so this is a good time to test the breakers. Use a small table lamp to test each outlet and figure out what rooms each breaker controls. Clearly label them with a label maker because I can tell you out of experience nothing is worse then trying to read a faded label written in bad hand writing while your power is out and you only have a weak flashlight for illumination.

– Install smoke detectors in each bedroom. Get the combination smoke/CO2 detectors if you have gas and install another one near any appliances that use gas. They can get expensive, but are good for many years as long as you test the battery on a regular basis. They can also save your life, so I would scrimp on only having one total.

– Clean and maintain the HVAC system. This can be done yourself, but I personally recommend having a professional do this for you. This usually only costs a couple of hundred dollars, but they can look at a system and see problems that you may not notice. A simple replacement of bad parts now can save replacing a several thousand dollar system later. While doing this, go ahead and replace the filter too. If you suffer from allergies it is a good idea to get a HEPA filter.

– Have the ducts cleaned. This seems to be one of the most often overlooked things but can make a huge difference. Dirty ducts will affect the efficiency of your HVAC system and can prolong allergies. Try to get someone who has the proper tools to do this. The $99 duct cleaning service coupons in your mail are not the way to go. A good cleaner should be $300-$500 in most areas. They will also be able to tell you if you have any loose ducts and if you have closed dampers that might also being affecting HVAC efficiency.

– Replace the HVAC thermostat with a programable one. Set it to be cooler during the days when no one is home and at night when everyone is asleep. This will save you a lot of money in the long run and usually pay for itself in only a couple of years. If you can afford it, get the Nest Thermostat.

– Clean everything else! This is another minor thing that can make a huge difference. Steam clean carpets. Clean windows, window sills, doors, etc. Scrub bathtubs and showers.

So now that you have done all of that it is finally time to actually move in!

– Before packing, donate or sell anything that you don’t need or want.
– Label and pack boxes for which room they are going to. Do not label for what is in the box.
– If you have boxes that just go into storage, have shelves ready to receive them. High quality industrial shelving for garages and basements can be had fairly cheaply.
– Break down boxes as you empty them and put in a corner. This will make the unpacking process go faster and smoother when you aren’t stumbling over empty boxes.

So this is my standard list. What do you do when you first move into a new place? 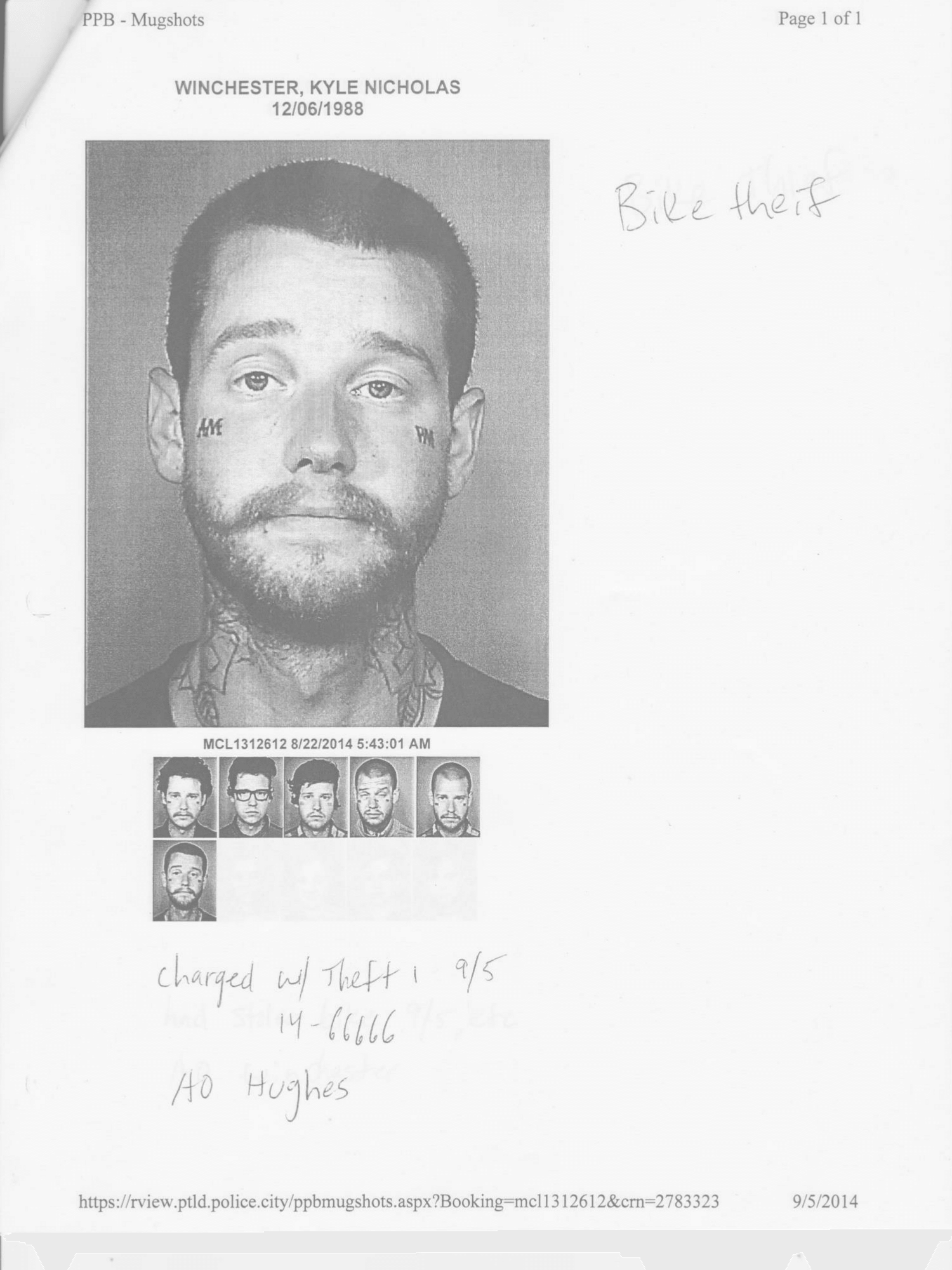 At one time there was a magical place called San Francisco. It was full of Gay Men, Drag Queens, after hour clubs, drugs and disco music. It was a place where stereotypes were born, where promiscuous men could have sex, do a line of cocaine, and shake their booty to the latest music for days at a time.  Unfortunately this Paradise on Earth was soon to crumble as that spectre of the 19080’s gay lifestyle, HIV, was already infiltrating the city.

Two prominent members of the community that crossed at the corner of Disco and Fabulous were Sylvester (known as the Queen of Disco) and Patrick Cowley. When the two met, Sylvester already had a moderately successful career. He was an founder of a musical group made up of black transwomen and cross-dressers called The Disquotays, a member of The Cockettes and a solo artist. He also had released several albums and had signed with Fantasy Records who’s best known act was Creedence Clearwater Revival.

One of Sylvester’s better known songs is his first hit single, “You Make Me Feel (Mighty Real.)”

Liking his sound, Sylvester asked Cowley to join his studio band and lay down some synthesizer tracks. One of their collaborations hit #4 on the Billboard dance chart in 1982 – “Do Ya Wanna Funk.”

Hear we can hear a great early electronica 4/4 beat that is the cornerstone of many modern House, Techno and Electronica songs. Patrick Crowley also had a successful solo career with hits such as “Menergy” and “Megatron Man,” as a writer for many other artists of the time, and as a successful DJ at Dance Club The EndUp. (Which is still in business, and plays music, especially Cowley’s, from this era every Sunday.)

Patrick Cowley died of HIV November 12, 1982, bringing his music career and pioneering musical influence to an unfortunate halt. But not before completing two entire albums in the year between when he first became sick and his death. Sylvester also succumbed to HIV on December 16, 1988 after a year of increasingly ill health. He followed his partner who had died a mere year before in 1987.

Fortunately for us, both men’s music lives on. We have even been fortunate to recently uncover some of  Crowley’s lost works that have complied and released as “School Daze.” Both were heavy influencers of the “Hi-NRG” style of uptempo disco and electronic dance music that first came out in the 1970’s. Combining high tempo beats with great lyrics that make just about anyone want to jump out of their seat and dance the night away, this style embraced electronic musical instruments to create unique sound.

Hi-NRG saw it’s peak in the 1980’s, with artists such as Donna Summers, Dead or Alive, Bannarama, and the Village People all getting into the Hi-NRG scene. Many of them used electronic music as backups to drive the beat of their songs. During this time they genre and style spread to Canadian and British Dance Clubs as DJ’s incorporated it into their play lists. It is interesting to note that many Electronica and Techno artists continue to remix Hi-NRG songs to this day.

In turn, Hi-NRG music heavily influenced House Music. Based on the pedigree of those highly sexualized rhythmic beats, House Music likely started in Chicago night clubs that catered to the African American and Latino Gay population of that city. It expanded to Detroit, New York, San Francisco and other American cities before spreading across the Atlantic Ocean to British and European Dance Clubs.

By the end of the 90’s House Music had not only superseded the Hi-NRG genre in popularity, it had become incredibly fragmented also. Techno, Electro, Trance and the various House Derivatives such as Electro House and Progressive House all come from House music as artists bent and recreated sounds in an effort to differentiate themselves from other groups.