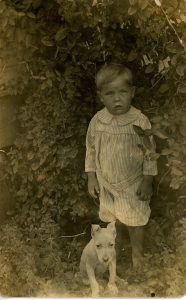 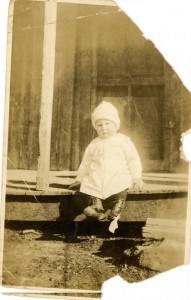 Both remakes… but oh my… what awesome remakes.

Willy Wonka and the Charlie Factory. Tim Burton once again pulls an awesome movie out of his ass. Charlie and the Chocolate Factory is one of the great movies of the 70’s. It’s one of Gene Wilder’s best performances ever. Walk down the street and start singing any of the Oompa Loompa songs and you’ll have others doing the same.

At first – I loathed Johnny Depp as Willy Wonka. He was condescending to the children which was annoying as hell. But… slowly I started seeing that it worked. He just didn’t know how to deal with children/family at all. Brilliant! Much closer to the book methinks, although I can’t be sure seeing as it’s been about twenty years since I read the books.

Dukes of Hazzard. Oh my god… this movie was hilarious. The best part was the guys from Super Troopers doing their little spiel from the begining of the movie was one of the funniest things ever. Lots of cussing in the movie, but well worth the money to see it in the theater. Willie Nelson as Uncle Jesse – didn’t work quite right. Jessica Simpson as Daisy Duke wasn’t bad, but there are other cuter women who are better actors. Over all, lots of laughs, a little light on the action compared to the TV series, but over all I think it was quite the good movie.

The indisputable kings of German Punk, maybe even Punk music in general is a great group called Rammstein.

But they’re more then just a bunch of guys shouting as loud as they can and playing their instruments way too loud like most every body down at the Paris on Friday Nights. But musically they’re technically perfect on par with a major Symphony. They music has emotion to it. Most people are familiar with Feuer Frei from the Triple X Sound Track. But Du Hast effects one far more to the point of anger in many cases.

On the other end of the scale they have Sonne, Engel, and their newest single, Amerika all of which are (relatively) gentle ballads. Listening to the beat and the words you feel more sad then angry. Of course unless you understand German you have no clue what these guys are singing about. Which I feel is part of their charm. Many people spend hours trying to figure out what exactly is said.

Rammstein are also the kings of imagery. Sonne starts out innocently enough. The entire band is dressed up as mountain climbers. They stop at a stream, drink water and immediatly you’re thinking “what is going on?” as each member gives an almost pitying look to the lead singer. The video proceeds to them actually climbing the mountian before the lead singer falls and gets obviously hurt. The rest of the band pulls him to the top, but that night they all exchange looks and know he’s going to die. They bury him at the top of the mountain. But rewind to the first part of the video and you begin to think everyone KNOWS he went there to die.

The translated lyrics lose something of course. But the above song (lyrics at http://www.lyrics007.com/Rammstein%20Lyrics/Sonne%20(English)%20Lyrics.html ) lyrics don’t seem to have anything about death or destiny. On the surface. But like They Might Be Giants the more you listen to their music, the more meanings you start to get out of the lyrics.

All in all – this is one group I’m going to see in concert as soon as I can. Their live shows are supposed to be just awesome.

I’m finally watching this new Sci-Fi channel series. And all I can say is “WOW”

The acting is amazingly good for a crap load of unknown actors. The special effects are quite nice for a TV show. I like how they really changed the technology. The Galatica looks pretty dang cool. The new Vipers are pretty nice, although I like how they brought back the old ones as museum pieces and then had to use ’em.

I’m not sure how much I like having Starbuck and Boomer be female. They were two important characters in the orginial series. But at least they won’t have the episode where all the male Viper Pilots come down sick and they have to train shuttle pilots how to fly them.

The new Cylons look pretty cool – very deadly. Although I’m still trying to figure out if I like that female one or not. Even if she did pretty much single handedly destroy humanity. Oh – and the museum was pretty cool – played homage to the old series with the old Cylon, the old Vipers, and even at one point the old theme song playing in the background.